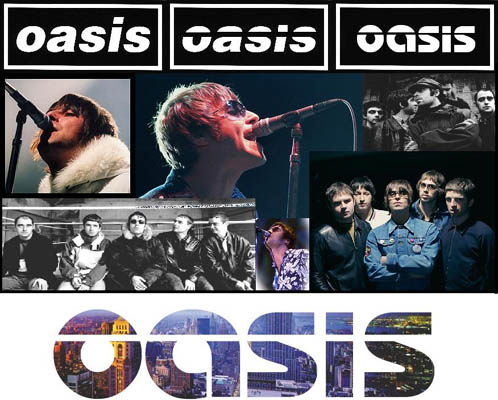 Back in the studio

Oasis’s members and their producer David Sardy re-enter the studio on Monday 5th November to continue work on their seventh studio album.

Noel and Sara Have Baby Boy

Today, NOEL GALLAGHER became a dad for the second time. A spokeswoman said his wife Sara MacDonald gave birth at 11.15 on Saturday morning and the 7lb 5oz boy has been named Donovan Rory MacDonald Gallagher.

Oasis’ Noel Gallagher is now setting to become a radio DJ. He will be a guest presenter on Radio 1 on October 24th as part of the station’s 40th anniversary.

You could own Noel Gallagher’s guitar

Oasis’ Noel Gallagher has put one of his favorite guitars up for auction to help raise money for the Teenage Cancer Trust. His signed instrument is one of a number of items that is being gathered together to help raise money for the charity. A signed pair of Johnny Borrell’s trademark tight white jeans, an autographed Kings of Leon guitar and a Klaxons T-shirt with the signatures of Art Brut on it is also included.

Get Noels Old Stuff on eBay

MEG MATHEWS, Noel Gallagher’s ex-wife, is selling the couple’s belongings in an online auction. Mathews, who divorced Noel in 2001, is offloading items such as Gothic style PVC sofa, a Gucci dinner set and even the couple’s marital bed worth GBP14,000 ($28,000) on eBay.

Sardy and Oasis Together Again

Noel Gallagher and top producer Dave Sardy start making plans for the next Oasis album this week. Noel told the Daily Star: “We start talking about the new album on Friday. I’ve got 17 songs ready, everybody else has three each. F*** knows when it will be out – 2010. Don’t hold your breath.”

Noel Gallagher was surprised when he receive an unusual gift for his 40th birthday. He joked in early interviews that he wanted a pink Rolls Royce, top hat and pet monkey when he finally achieves fame. It was a dream come true when mates of the Wonderwall star gave him a zoo certificate announcing a sponsorship for a chimp called Jimmy at London’s Kitt Bar on Saturday (May 26), according to The Sun.

Coming out as an atheist: Noel Gallagher?

Noel Gallagher has revealed to the New Musical Express today that he has read Richard Dawkins’ book The God Delusion and loved it “Anything that disproves God, bring it on,” he is quoted as saying.

Historic semi acoustic gig in Russia of Noel and Gem on Friday night was a great success. Their show was performed at the Club B1 in Moscow and the set list included It’s Good To Be Free, Talk Tonight, Fade Away, Cast No Shadow, the Beatles classics and Strawberry Fields Forever.

Submitted on 22 February 2007
Noel Gallagher and Gem have confirmed their semi-acoustic roadshow to Moscow next month at Club B1 on Friday 23rd March and this will be the first show of Oasis in Russia. The show has already received rave reviews in North America, Australia and Europe and this will be a once in a lifetime oppotunity to see the pair play a whole host of classic Oasis tracks in an intimate venue.
January

Noel’s guitars, Kasabian’s and Franz Ferdinand’s, will be brought to a huge guitar exhibition in London this week. This event, called “Harrods Rocks” which takes place in Harrods, Knightsbridge from February 2nd until March 3rd. The exhibition also includes many rare and extremely valuable guitars such as the guitar’s collection of U2’s The Edge, Brian Jones, Keith Richards and Marc Bolan.