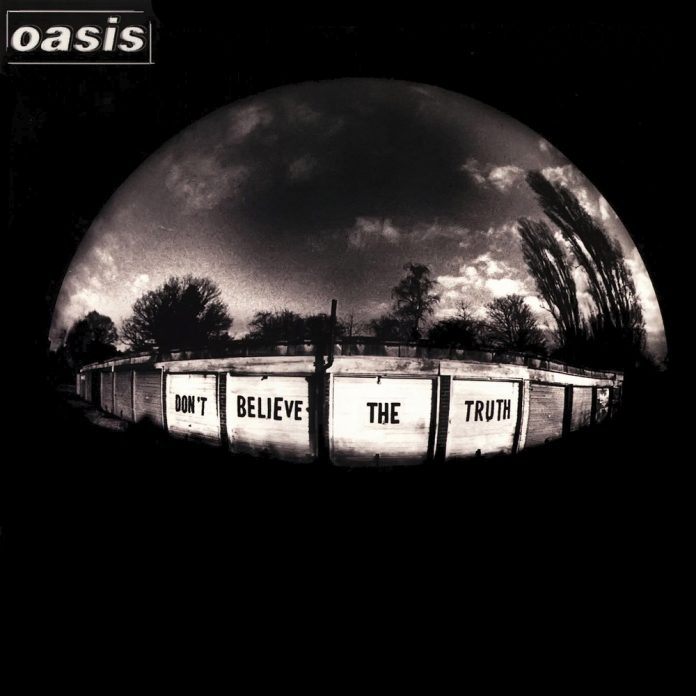 Oasis albums have always prompted flashbacks — Is that chorus on loan from T. Rex? Wait, wasn’t that a Crowded House song once? Was that a Beatles melody? But the gobby British rock band’s latest sounds like a pop artifact. In both production and execution, Don’t Believe The Truth sounds like an album better released 1965 than 2005. From the tambourines and jangling guitars that chime in opening track “Turn Up To The Sun” to the tinny pre-hippie philosophizing of “Keep The Dream Alive,” it’s an album that thinks looking backward is the way forward. Its first single “Lyla” borrows its opening swagger from the Rolling Stones’ “Street Fighting Man,” while “The Meaning of Soul” lifts the Small Faces’ mod jitters wholesale. But hack through the clichéd lyrics and worn riffs and the most important element on the follow up to 2002’s Heathen Chemistry remains distinctly Oasis’ own: